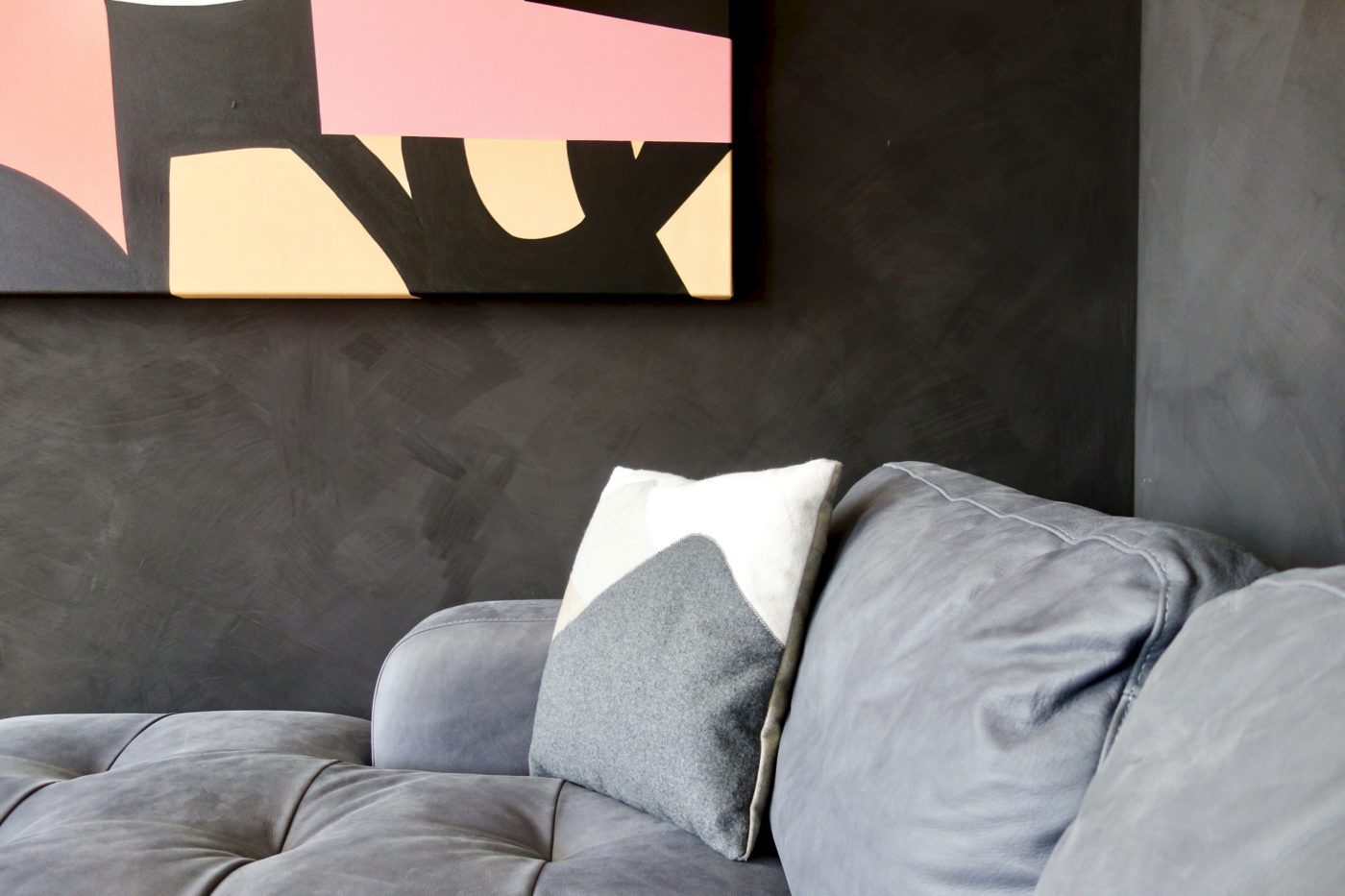 Hello hello everyone! I know, it’s a rare occurrence for me to post twice in one week, but am so excited to share the updates from my recent trip to the Harrogate kitchen design, I just couldn’t wait.

If you’re not familiar with this one (it’s been a long term project)  you can catch up on everything in this previous post.

There are a few tiny things left to sort, some shelving, a TV and coffee table (and a bit of faffing of course) but that’s about it. So you’re getting the very nearly final reveal post today. Nothing has been styled properly yet but I wanted to show you the completely amaaazing transformation of this open plan kitchen/dining family space. It’s not your average kitchen knock through.

It’s breathtaking. It really is. That full height, corner glazing the diagonal floorboards, the artwork, it’s finally all come together to create my client’s dream kitchen.

Let me show you are few more before and afters, because they’re oh so satisfying.

Here was the kitchen table with no view or direct access to the rear garden. A pokey, dark and rather depressing area to sit and cry into your Cornflakes every morning. I feel sad just looking at this. See what I mean about how design can change the way you live and feel at home?

How can this even be the same space? But it is – I promise! Where the old kitchen window was (which wasn’t even big enough to throw yourself out of) is now nearly all glass. With doors opening right out onto the garden – more on that space a bit later.

The Arco Lamp, industrial dining table and Jean Prouve Standard Chairs had come from my clients’ previous home. They have been patiently waiting for this new kitchen/diner to materialise for over three years now. And don’t they look splendid in this space?

These guys are wanting to update the dining table to something with a concrete top, but I’m quite keen for them to keep hold of this one for a little longer before deciding. I really like these pieces together in the space just as they are. What do you think?

The old kitchen was a long narrow space with cabinets flanking either wall. Now the dividing wall between the kitchen and dining room has been knocked down, the space feels three times as big, light and spacious.

Whenever you take down a wall between two rooms, you don’t only gain the additional space from the thickness of that wall (some can be up to 60-70cm!) but you also gain what’s known as shared space. We tend to leave the edges of a room clear to move around, especially in a dining room, so by taking down this central wall, the overall footprint feels more generous.

The doors open out onto a newly levelled and tiled patio area with steps going down into the garden. They have lots of landscaping to do on the bottom level still, but it’s been transformed from its previous incarnation. Here’s how it looked when they moved in:

It’s just stunning. It’s a ‘pinch me, is this real’ kind of project. Am so very lucky to have been involved in the design and creative process for this one.

I am extremely jealous of this new patio as these are the tiles I really wanted for ours, alas our budget wouldn’t stretch. So I suggested them for these guys and they loved them as much as I. So at least I can go and visit and pretend I live here.

On the other side of this newly built stone wall (remember, there was an ugly set of white UPVC French doors here originally) is the sitting area in the kitchen:

This space isn’t quite finished yet, there is the TV (hopefully the Samsung Serif) to come, some shelves to be fitted in the recess behind the sofa and a coffee table to add.

The enormous canvas is by Sheffield based artist Andy Welland. My clients are good friends with him and love his work, having three other pieces of his dotted around the house.

This was a bespoke commission especially for this wall which measures 160x160cm. It’s as tall as me. It’s massive. And it adds the personality these guys wanted for this family friendly, otherwise monochrome living space.

The accents of coral continue via a painted strip running inside the groove in the square edged skirting boards. And of course the coral pendant hangs from its painted ceiling rose. The coral to link in with the Upper Brook Street Bedroom and the ceiling rose gives a nod to the traditional period features in the Drawing Room.

Without the painted rose, this small but perfectly formed pendant would have been drowned out by the space but a bigger pendant would have blocked the view of the artwork. The colour matched rose gives the light some oomph without visually interrupting the wall behind.

In fact, I’d go as far as to say that the pendant now enhances and adds a third dimension to the Welland canvas which changes slightly as you pass through the space.

The sofa was a tricky one to get right. No to velvet or delicate fabrics. They wanted something bomb proof with a one year old about to start toddling and climbing with a tippy cup. Leather was the obvious choice, but it still needed to feel soft and casual. Nothing formal. The Luciano corner sofa was perfect with its almost nubuck leather, suede-y finish. It feels like a fabric but has the hardwearing quality of leather. Perfect. The faded, grey adds yet another texture against the limewashed wall. It’s one of those sofas you squish your fingers into when you sit down.

So that’s your lot for today peeps, it’s a pic heavy post, but I’m sure you can understand why. Just a few more before and afters before I shoot.

During with JWI Builders

I love those diagonal boards leading towards the glazed corner.

Time for lunch – the kitchen in use

I would love to hear your thoughts on the 95% completed space. I’m posting this with a big smile on my face, feeling grateful for such wonderful clients, who take my ideas and completely run with them. They have worked super hard to create a space that’s as unique as they are and given their house a new much needed heart of the home.

Any questions, please do check out that previous post as there is more info there, or leave me a comment below. Right I’m off to feed the neighbours’ cat then run out to see a man about some tiles.