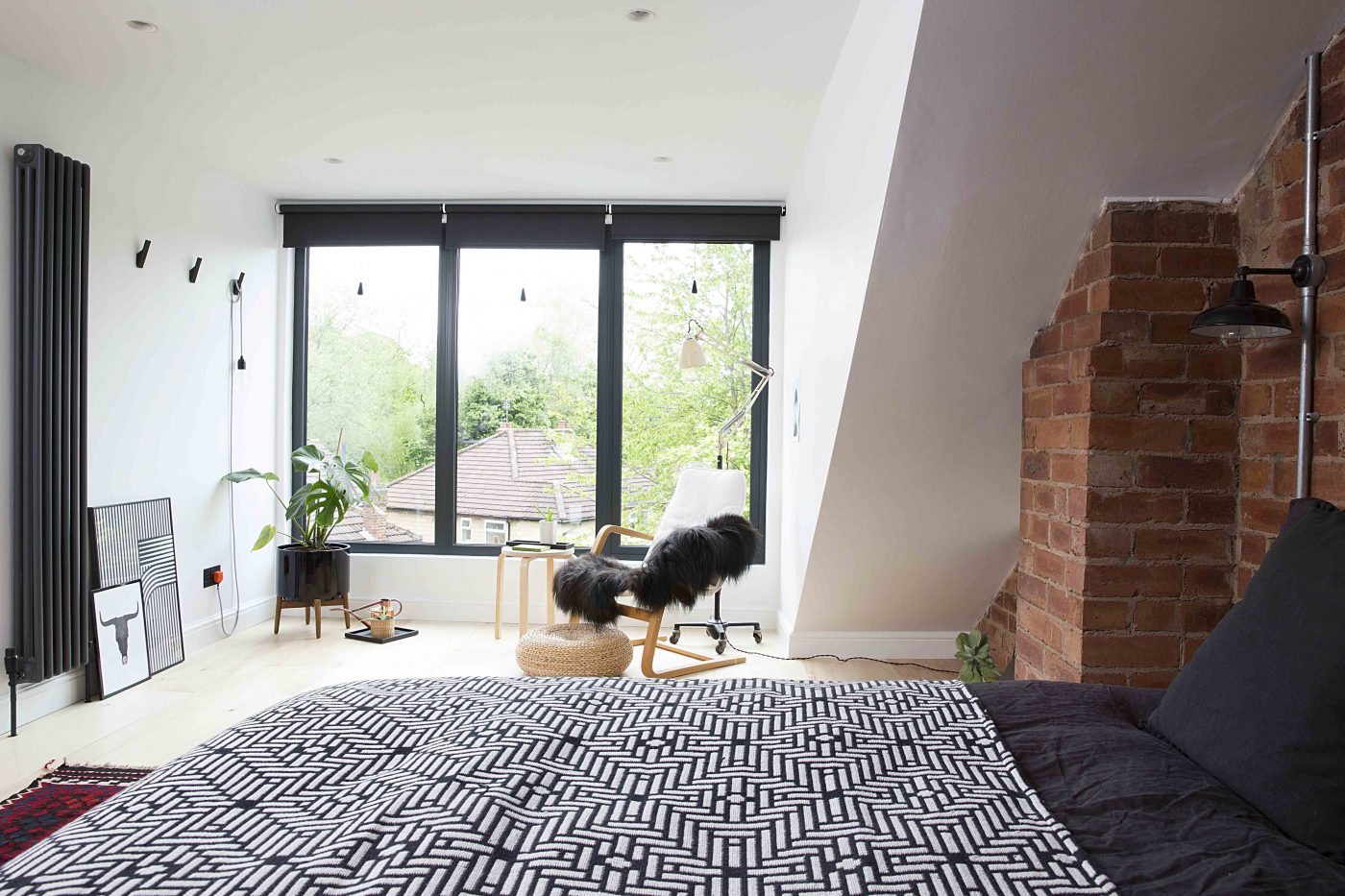 It’s been 15 months since we laid the plywood floor in our loft space. We converted our second floor back in autumn/winter 2016 and finally completed the project in Spring 2017.

Since then a load of people have been contacting me about the floor in our loft space and how it’s held up. Well, I did promise a review after a year, so I am a little behind, but i’ve finally gotten around to taking some pics of the floor as it is now, 15 months after it was laid and since lived on.

Time to hand in my homework.

I’ve taken some of the furniture out so you can see more of the boards for yourself. I’m really happy with how it’s fared and so glad we took a punt on an alternative flooring.

Sure, it’s taken a few dinks, but then it’s a floor, so ya know, it’s what they do. In fact, it was me that gave it its first scar by rolling a mini filing cabinet from the bedroom to the landing. You can just about see a faint line where i’ve made an indent.

The Poplar plywood sheets, although a hardwood actually behave more like a softwood, like Pine for example. It’s absolutely fine with feet, shoes, but a pair of heels for example wouldn’t be too great on it.

A lot of people have asked if any of the boards had flipped up or come loose seeing as most of them were only glued down. And the answer is: “No.” They’re as flat now as the day they were laid.

The joiners used something called Bona R848 to glue the boards down directly onto the subfloor which worked a treat. Any boards that did need a bit of extra help to stay down were pinned with a small nail gun. You can just about see one in the top right corner of the bottom left board above.

Once laid, the floor had two coats of Intercoat Water Based Satin Lacquer. And it’s not been touched since. We’ve had a few spills up there (what with me and my penchant for Speedy Gonzales plant watering and the hubster’s ability to knock a glass of anything over from across the house) and it’s just wiped dry. So the lacquer did the trick in protecting the timber and making it water resistant.

The only noticeable change since the floor was laid, is the colour. Which you can only really tell when you drag the rug back.

The tone of the wood has definitely warmed over the past year and a bit. But that’s just what happens with wood. It doesn’t bother me, especially as we’ll be keeping that exact rug there for many years to come. But for those of you hoping to keep that very pale, pinky/white tone, just know that over time it will darken and deepen slightly.

A view from the bedroom onto the landing where we continued the flooring straight through. So nice not to have a threshold!

So that’s your lot for today. Would I recommend it?

Yes – for this space. It’s not high traffic, it doesn’t get walked on with shoes.

No – for a high traffic area like a hallway. Probably not a kitchen either given the amount of hard edged items that get dropped on the floor. And definitely not a bathroom.

Anyway, I hope this update helps some of you out there with your own flooring quandaries. Let me know if you’re toying with a similar idea!