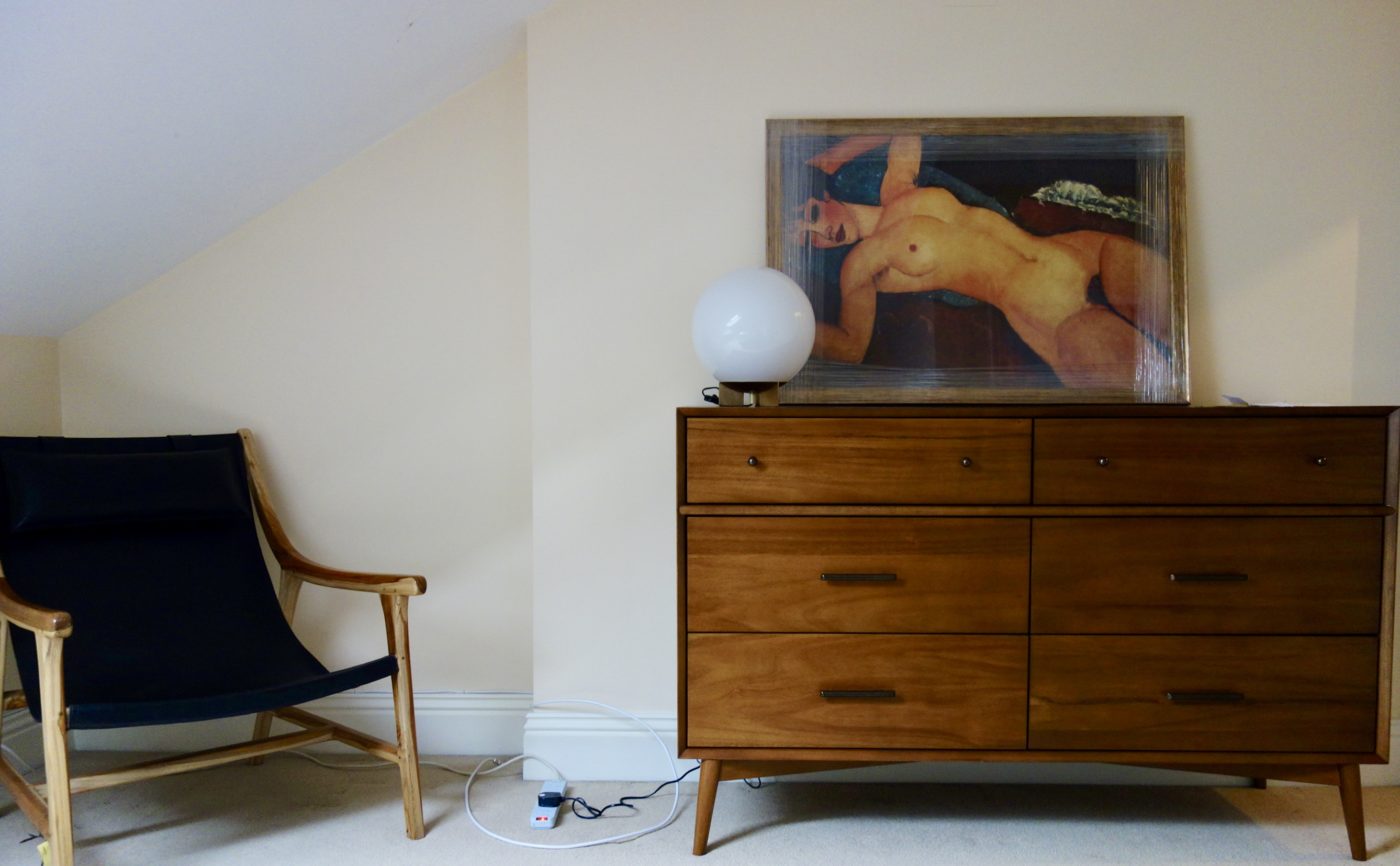 Hello there, wasn’t sure if i’d make it onto the blog this week, but i’ve managed to squeeze a little one in.  I’m catching you up on another project. It’s the master bedroom of a house i’ve been working in for about 10 months now. The homeowner moved from a flat into a four bedroom Georgian property. The plot this beautiful stone built house sits in had been bought by developers, the property then chopped to make three individual houses. From the outside it’s beautiful and full of character, but internally, it was somewhat lacking so we’ve been working hard to bring it back to life.

We’ve just about completed the living room (still got to take proper photos of that) and made progress on the stairs, landing and guest bedrooms but now we’re onto the top floor. This is (was) the master suite, on the second floor set in the eaves of the house.

Can you see what would have originally been the real height of the ceiling below? The windows in this place are all over the shop as the developers converted what would have been a two storey house with a small loft/crawl space into a three storey house. They’ve lowered what would have been 3.3m+ high ceilings in both floors down to 2.4m in order to get in an extra floor, which then maximised the number of rooms and obviously their profits. Bit of a tragedy really. I would have loved to have seen the original building before it was “cut and shut”.

Back to this room:

The only thing that’s staying is the chest at the foot of the bed. The rest is going. In fact you can see i’ve already started to take down the light fitting ready for the new pendant to be fitted. There it is on the bed, that big, white, glass Opal Drum Light. If you’d like to see how that fits into the whole new scheme, this is where this room is headed:

The artwork was bought by the client specifically for this room and the rest of the space was designed to work around it.

First decision to make was the wall colour. Upon first meeting in March 2018, the homeowner was a little tentative with his hues, sticking with blues and light, taupe-y greys. But upon suggesting a deep, muddy red for the walls to pull in the backdrop of the nude, he jumped right on board.

He liked the overall concept so much, he went off and bought nearly the whole bloomin’ shopping list before we’d even had our second meeting.

Which explains why there is a load of new furniture in the room before ANY of the work is actually done. A case of the impatient homeowner. I’m sure you all know (are) someone like that.

A bit back to front, but a few weeks later, the room has its new floor and wall colour and is starting to come together. Here’s a pic sent by my client last week:

Still LOTS to do in here, hang artwork, a BIG round mirror, the new bed to arrive, bedsides and more lamps. All of which will make the biggest of differences. Not to mention the obligatory plant family, because everyone gets one whether they want one or not. But I also need to convince my client that I need to do something with that glazed window peeking up from the bedroom below. Tricky one. But ‘half glazed windows from the floor below’ aside…. do you like where this room is headed?