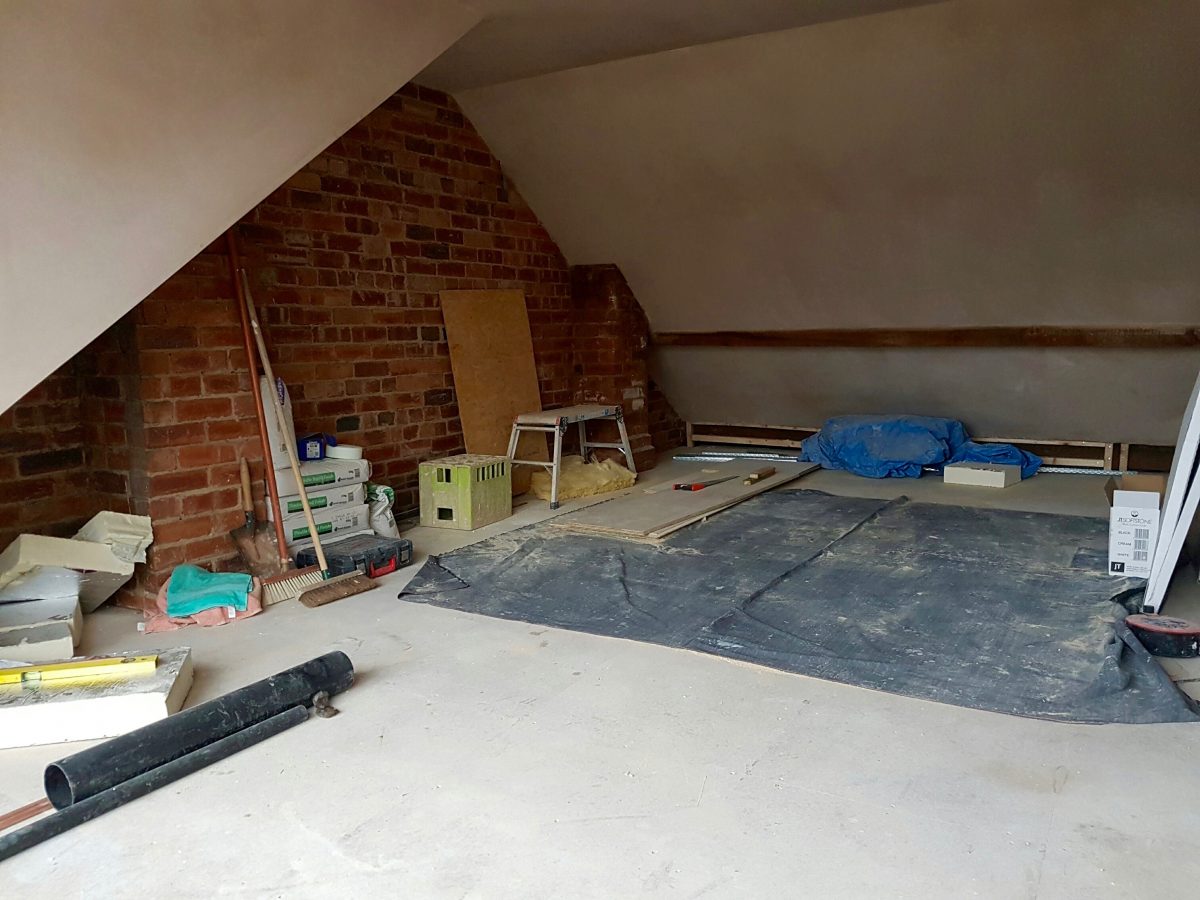 As you can see, i’ve been keeping really upbeat since my last loft post. Full of the joy of life I am. Honestly, i’m a pleasure to be around right now.

We’ve just finished week nine and if i’m honest, I thought we’d be done by now. Not 100% done, but I thought the actual build would have been winding down. Alas, that is not the case.

Things here are continuing to move slowly, but we’re certainly moving now. And there is a teeny tiny sliver of light shining at the end of a long, dark (and snowy) tunnel.

The plastering has finally commenced (hooray!) and our plasterer has been busy working his way around the bedroom and all the way down our new gable wall.

It’s quite bizarre, but as soon as the plaster goes on the whole place goes from looking like a building site to an actual room. Of all the trades that have worked on the project so far, this has been the most satisfying, mainly because it means the next bit i’m in charge of. The interior.

I asked our lovely plasterer if he’d like to be in any of the photos. He said no. So I took this one of the back of his head whilst he wasn’t looking. Ssssh.

Apparently, a lot of people having their lofts converted have the alcoves boxed off. There’s actually a lot of room under there once all the insulation has gone in, so if you’re getting your loft converted, ask them to keep it open.

Just look at how much extra room you get. More than enough for a small chest of drawers or some built in shelving/storage.

The bedroom was plastered in a couple of days and dry in about another four. I guess there wasn’t all that much wall to plaster, what with one wall being exposed brick and another being nearly all window. 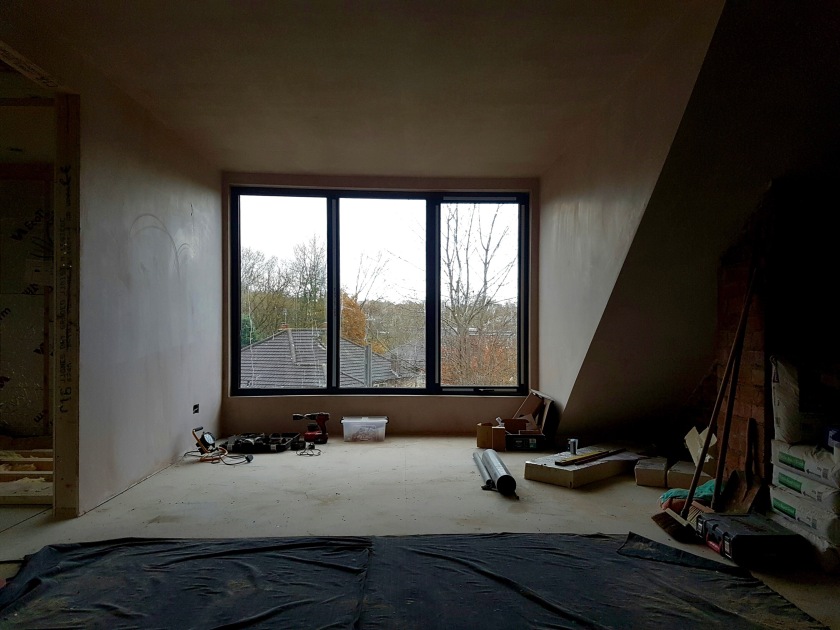 Eeee. We have a window, with plastered walls either side. We nearly have a bedroom!

Just need to boot the plasterer out now so I can get on with the painting. Make way people, the control freak is coming.

A few more pieces have arrived in the last fortnight. All for the bathroom which at the moment hasn’t changed an awful lot since it was last mentioned.

However, the plumber who has now finished his first fix thinks he will be here again next week to start on the bathroom. I am so ready for THAT. Like you wouldn’t believe. Mainly so I can stop banging my knee on the bloody boxed toilet that’s still in the hall.

But we are getting there now. It’d be ‘mazin if we were some kind of ready for Chrimbles. Five weeks to go. Shiiiiiit! The advent calendar will take on a whole new meaning this year for sure.