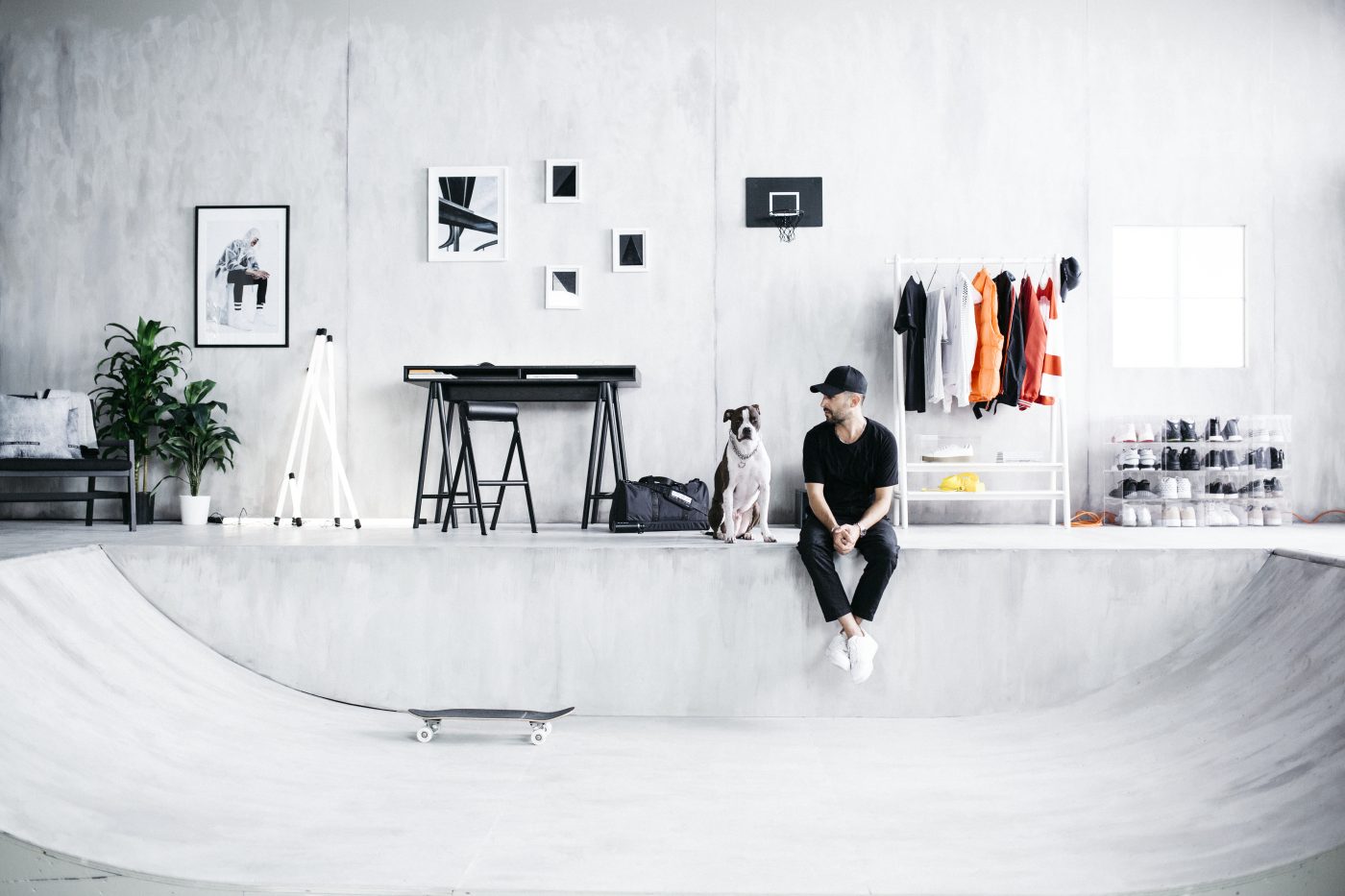 Ikea have released some rather impressive collaborations so far this year, with the SPANST collection due to land this May. So not long to wait. It’s a capsule collection of “lifestyle” influenced furniture, lighting and decor, where the fashion conscious are very much in mind.

In collaboration with fashion designer, Chris Stamp, the founder of ‘Stampd‘ a brand known for its meticulous attention to detail with designs that embody modern youth culture. The Stampd brand focuses on quality and the minimal, urban aesthetic. Its flagship store based in the heart of LosAngeles, sells its line of clothes and accessories all over the world.

A number of items from the collection were also designed by Maja Ganszyniec, a frequent IKEA collaborator since 2014. Together they explored the changes and needs of young homes today, with a special focus on active, urban lifestyles.

Maja has collaborated on several Ikea designs, including the HJÄRTELIG collection which was released last month.

Chris and Maja met for the first time in New York to find alot of their design ideas were similar: smart materials, monochrome colours with graphic elements…. They were inspired by the consious consumer – people who are not only concerned with what they wear, but also how to collect and show off those items – beautifying their surroundings in the process.

“I think we’ve made really cool stuff for quite amazing prices. It was exciting to redefine what an “IKEA product” means and to introduce something unseen before.”  – Maja Ganszyniec

“Fashion and furniture are different animals but the creative process is similar. Design, no matter the medium, is always about finding the right solution to a challenge.” – Chris Stamp

The SPANST collection has minimalism at its core, with Stamp hoping that one day, some of the range might make it far enough to become an Ikea design staple.  I realised the other day I could list at least 15 different Ikea ranges off the top of my head. You know the ones that have stood the test of time? Design classics such as MALM, LACK, BILLY, HEKTAR, RANARP, POANG, RIBBA, STROMBY, EKENASET STOCKHOLM, PAX…. shall I go on?

The armchair above for example (retailing at £195) will be coming home with me as soon as its released and going straight up into our loft bedroom as aesthetically, it just fits. I will always like the shape, colour, line, use of materials…. to me this is a keeper.

Tube lights are going to be VERY big this year. And at £25 a pop you can have some real fun with how and where you use them. The more the merrier.

The results of SPÄNST are something both Maja and Chris are proud of. “I think that the collection is outstanding in terms of aesthetics because it embodies the openness of IKEA to explore new ideas and concepts,” Maja says. “I have to admit, I’m going shopping big-timewhen the collection hits the stores.”

Whaddya think then? Anything here tugging at the ole purse strings? If so keep an eye on the Ikea site as the SPÄNST collection is due to be released in May. Elbows out for the armchair!!