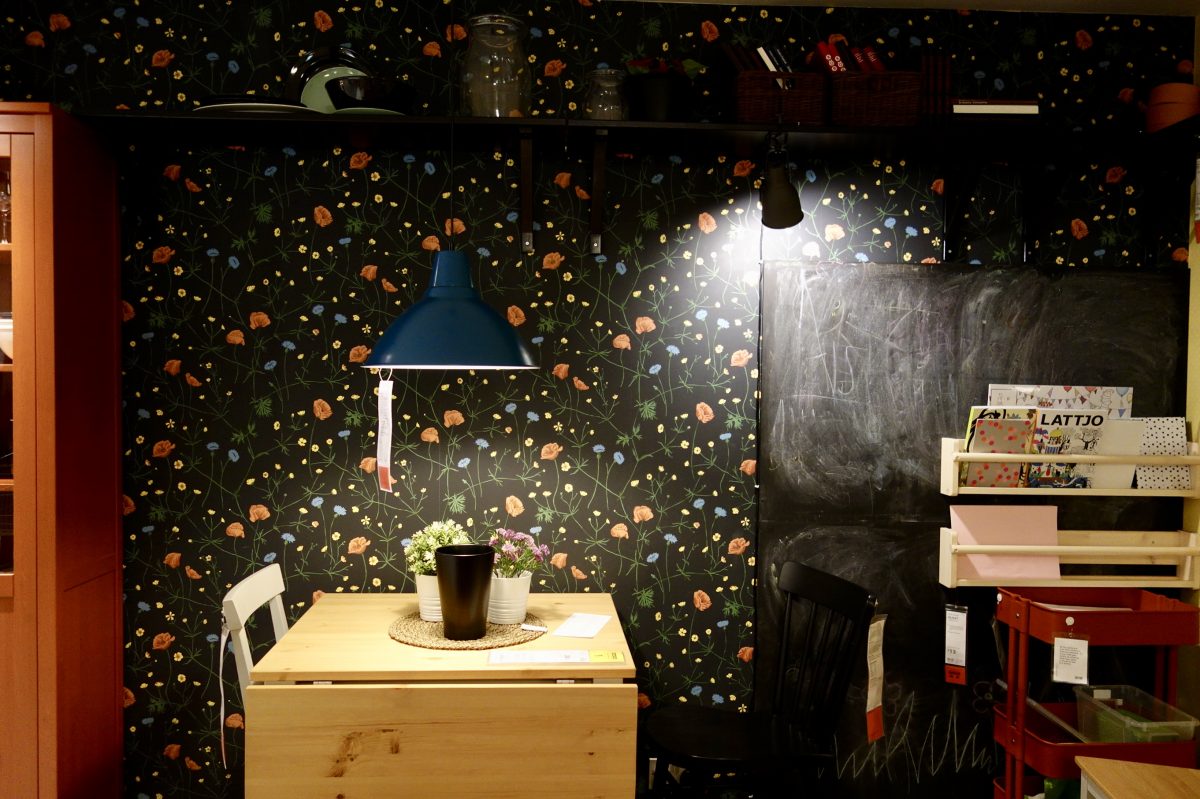 It was a dark and dreary Sunday. I was up at 6am (stupid body clock) and I had a mission to complete:

If you remember, we updated his room last autumn with some super sneaky bespoke joinery which not only solved the toy storage problem but also allowed us to fit a full sized single bed into his bedroom without re-wiring light switches or knocking out a chimney breast. S-weet!

As we wanted to give Charlie the option of having little people over for sleepovers (when he’s capable of sleeping past 6am – does that happen?) we wanted to go for a bed that served that very purpose. Something white, without a footboard, something that didn’t have an ornate headboard, something that provided function of sleep and allowed the plywood storage wall to be the main feature of the room.

Two of these simple white bed-frames stacked on top of each other would solve everything and soon enough, courtesy of La Redoute they were on their way (full reveal of those coming soon).

It was now time to sort mattresses and a trip to Ikea was calling. So on a dank and dreary Sunday morning, myself and the small person set off to the motherland to lie down on some beds, test out some firms and medium/firms, eat Swedish food and have a little mess about. I obviously took my camera like a proper geek because there are ALWAYS little gems to be seen there. Today’s visit did not disappoint. Let me share with you guys today’s Ikea finds….

The STRANDMON wingback chair, originally in grey, then yellow, then a botanical leaf print and now in a lovely soft, corded dark green fabric.

It’s a fabulous shape and at £199 it’s a complete steal to inject some statement armchair to your living room. This deep bottle green elevates the overall design and would look absolutely stunning in a paired back, white minimalist room as much as it would in a sultry #styleitdark interior. Big tick from me.

Just love the shape of the NOCKEBY sofa. Square, minimal, unfussy but super squishy and comfortable to lounge on. And that squared off wooden frame underneath give it a modernist edge. Such a good price too, especially when in the sale as they are right now.

The SINNERLIG lights are something i’ve Pinned a zillion times for projects. The soft warm light they give along with the sheer size, make them one of the most design and money savvy purchases you can make at Ikea right now. They’ve been on sale for over two years as part of the Ilse Crawford collaboration which launched in 2015, and they’re still the gift that keeps on giving. A designer, 50cm diameter pendant light for £40!? Wonderful.

I rather liked these modular coffee tables which were about £40 each. But what I REALLY liked was how they’ve been used to solve a well known issue in every living room. Keep reading….

You know when you’d like a coffee table and a footstool but don’t have a room big enough to accommodate the two? Have both!

I absolutely love this idea of having a coffee table that slides over a upholstered footstool. Very clever. Ikea really are the dons when it comes to multi-functional, modular furniture. So even if you don’t want to buy Ikea, it’s a great place to visit purely for inspiration.

Now here’s where it started to get really interesting….

Check out Ikea doing dark interiors. It’s mainstream, people. If you’re still dithering about whether to go dark or not, by the time you’ve done it, we’ll all have moved onto the next big wave of interiors drama which will be…. “70’s neutrals”. I’m not lying.

The Boråstapeter Faslterbo II wallpaper is bloody lovely, providing both a strong yet feminine backdrop to this humble dining space. Without such a lovely backdrop this space would be nice, but nothing special. The dark canvas and the delicate, floral movement provides a stunning setting in which to plonk yourself down for a fish finger buttie and a cuppa.

Ikea Leeds now has a Creative Hub, which if i’d not had the child with me asking me when we could go and play with the toys every 14 seconds I would have had a good nosey around. A fab idea for those of you that struggle visualising and need to see different parts of the store all in one place.

Now we come onto my absolute favourite room set. The one with Ferm Living’s Grid wallpaper:

Charlie being Charlie. Wearing ALL the franchises in one colourful pattern clash outfit. A maximalist in the making me thinks!

I’ve had this wallpaper in my online basket more times that I’d care to remember. I’d love to use this at home on two particular walls, but when presenting the idea to hubby, he doesn’t seem too enthralled. Which has kind of pissed on my bonfire. But as soon as I walked past this mini living space, I was really quite taken by it, giving the wallpaper a little stroke (like a weirdo).

Here’s the rest of the room-set its in (right and left hand wall) which when I crop the store background out almost looks like a real room….

Minus the red store tags that is.

Ikea does #styleitdark with period features. Dark walls, black ceiling, dark woodwork and cornicing. Not easy to do in an industrial premises. Not sure i’d pop a casserole dish on that plastic tray there… but on the whole this room is looking rather good no? A nice side step away from Ikea’s usual vibe.

No surprise it comes in a matte black. It’s no doubt the most popular colour and finish for kitchens at the moment for those design savvy lot out there. Mix it with marble, blonde woods, brass… it always looks stunning.

If I could have this in my home right now, I would. But apparently, four years isn’t that old for a kitchen according to the hubby. He’s such a kill joy!

And to end, two taps which fall into my Anything But Chrome search, remember that one all about brassware that wasn’t chrome (basically silver).

The BOSTJAN kitchen tap comes in both black and white and has the look of the ridiculously expensive Vola taps.

I’d rather like to add the white one to my kitchen (when i’m finally allowed to re-do it, in 2046 or something).

And that’s where the photos stopped and where the hard work began. Testing mattresses. Braving the market place. Telling Charlie that “mummy is going now” 400 times whilst he ignored me and rode around on the giant soft-toy pencil. Kids eh?

I’ll be back soon with photos of Charlie’s new big boy bed! And the mattresses I managed to drag into the trolley, through the self-service checkout and into my Suzuki Swift. #mumlife