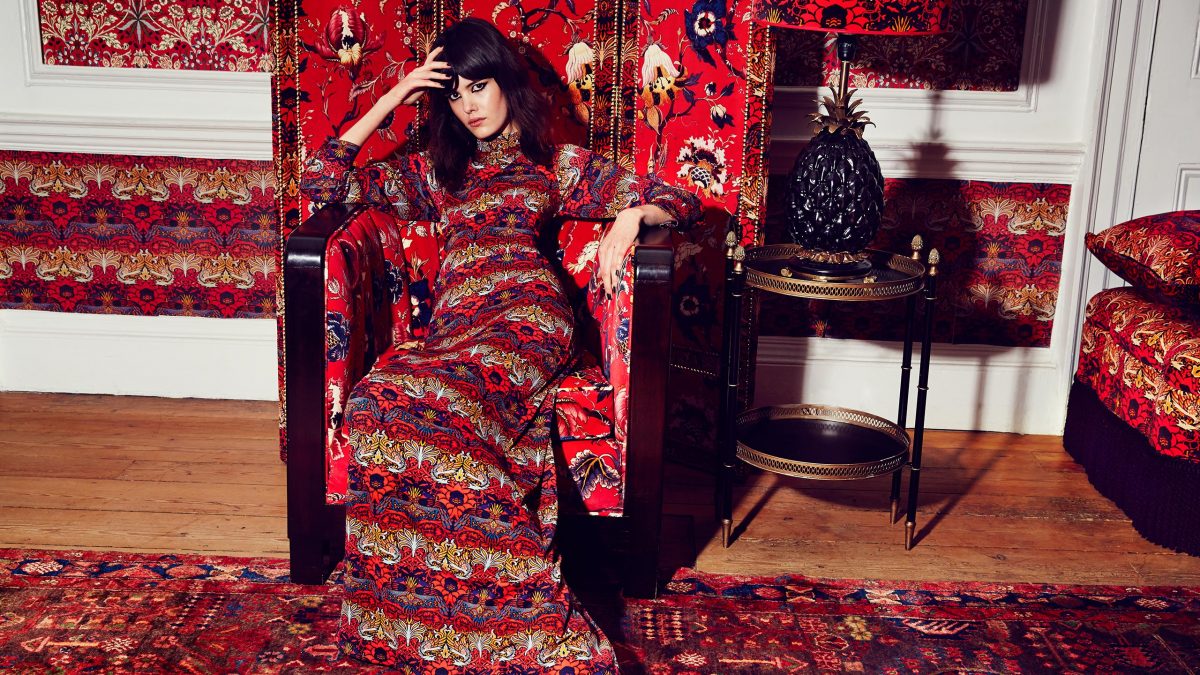 I’ve always talked about interior design being a process. So when people ask me how long a project takes, or how much it might cost… it depends on so many factors, it’s literally impossible to say.

On initial consultation for The Red Room, the one thing that was staying was the red wallpaper. My job was to solve the layout issues and pull the room together. After lots of fiddling this was the overall vibe and plan for this room:

As the homeowners began to remove more and more from the room, they quickly realised, the one thing we’d planned the room around, the red wallpaper, was now on top of the list of things they wanted to change. And do you know what? That’s fine. It’s completely normal. The number of times people have asked me to work around something, either to make the job simpler, quicker or more affordable, 9 times out of 10, they finally decide to bite the bullet and dismiss said item and finally go for what they wanted all along. It’s part of the process, which to some might seem like  a waste of money, but actually, i’d rather we make changes at this point in the project. Getting to the end, where i’m faffing with artwork and plants only for them to regret not dealing with the “red wallpaper” would be all kinds of soul destroying.

Time for a re-think.

I had an inkling these guys wanted to go dark, so I threw off-black out there as an option to consider over the weekend….

And they were completely on board, not just on board, but really liked the Alfred Anagylpta wallpaper I wrote about in my previous post too. Whoop! So that was the new starting point.

The red walls were gone. No red sofa, no red ottoman, no more bookcase wallpaper as the doorway was now being taken out, boarded up and the wall, re-skimmed.

The House of Hackney fabrics originally under consideration were now out of the picture and a new one took centre stage. So in essence, we had a new room design.

It’s quite different to the original design, but still has the same lighting and TV cabinet, which is just as well as we’d already ordered those! House of Hackney ‘Peacock and Dragon‘ was the fabric that finally made the cut for this room.

How gorgeous is this!?

The HOH X William Morris collaborative design will be used to reupholster the chaise longue and a large ottoman coffee table giving the room two stand-out pieces kicking out against all that rich, velvet-y off black.

The lovely Heather from Eclectic Chair will be swinging by this week to collect everything and take them back to her studio in Manchester. I’m so excited for her to work her magic on these pieces of furniture, they’re going to be amazing in Peacock and Dragon. Eeee!

And that’s where we’re at so far. It’s taken just over a month for us to get to this point but everything has now slotted into place and the homeowners feel much more confident that they’re getting exactly what they want. No compromises. I know a few of you were looking forward to the red room, maybe next time. I’m still looking forward to seeing this room materialise over the next 6-8 weeks. Hope you like where we’re headed so far!? Watch this space….