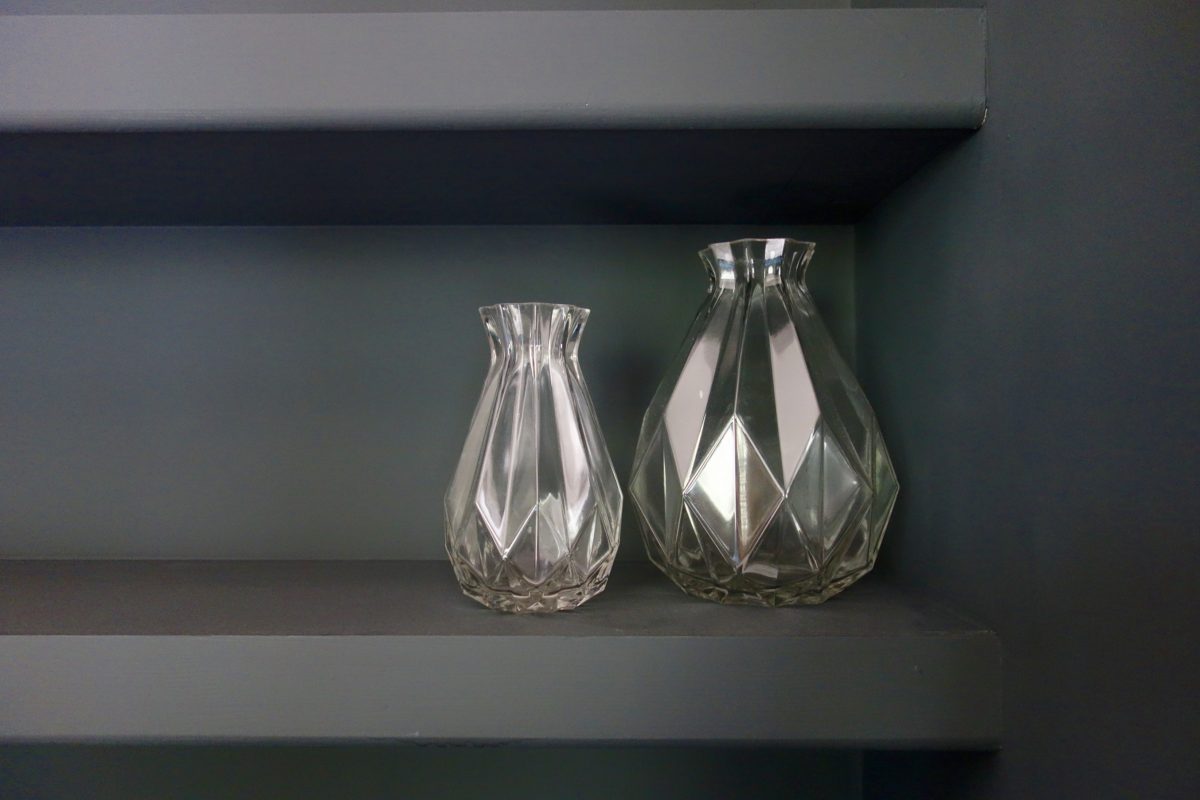 It’s one i’ve been promising to write for AGES. And I did touch on it in last week’s post, but i’m getting more into the nitty gritty of what Scale and Proportion actually is and how we can use it in our interiors.

Proportion is the relationship of sizes between different parts of a work. For example, how wide it is compared to how tall it is. Some proportions, such as the golden ratio and the rule of thirds, are thought to be more visually pleasing.

Scale is the size of something compared to the world in general – an artwork might be termed miniature, small scale, full scale or life-size, large scale or larger than life, or monumental.

Here’s a brilliant example of the use of Scale in design:

The Original 1227 Anglepoise desk lamp in both its original size and the more recent edition the GIANT 1227, floor lamp version. The proportions are identical, as in how the components that make up the lamp relate to one another, size wise. But the scale is very obviously different. And what an impact scaling up has made here, the GIANT 1227 makes the desk appear almost secondary. And this is why we should take note of how everything in a space relates to another.

Here’s a design concept drawn to scale. It helped my clients to see how the individual elements of the overall design relate to one another…

There are certain measurements that all interior nut jobs are aware of, because we’re constantly drawing up spaces and floorplans. These are some, based on average sizes of course:

I could go on… but this would make for a very boring blog post if I just listed measurements of things at home. But it’s these measurements that everything else is in a room is guided by. Here’s an example of how scale now comes into play when selecting pieces for a room design:

Let’s say i’m working in a living room for a family that needs to seat four bums at any one time, they’re probably going to want a three seater sofa and an armchair or a super big four/five seater corner sofa. Turns out they want the corner sofa. No problems. Both seating options will fit in the room, but the amount of space the corner sofa will take means that floor lamp you liked, the petite one that sat next to your old armchair, well that’s going to look like a cocktail stick next to that hunk of a 300cm x 220cm corner sofa.

These are some of the bits people sometimes get a bit wrong:

NO! (image from The Plasma Centre)

In fact, I could probably write a whole post of NO’s. That’d be rather fun to write. **adds to blog ideas list**

In any consult, whether it’s just a one off or part of a bigger project I always measure the ceiling height. It makes a MASSIVE difference to what i’d suggest for a space. This is one of the reasons Pinterest is such an arse as people look at the pictures, replicate it and then wonder why a similar set up looks a bit rubbish at home.

You HAVE to look at the space you’re dealing with, the one that’s right in front of you and adapt your ideas to fit that space.

It’s a bit like seeing a pic of a size 8, flat chested, 6′ model in a fancy outfit and treating yourself to the very same. You put it on your size UK average, sized 16 bod with your 36 DD chest and 5’4″ frame and wonder why you don’t look a million dollars too. You have to know what looks good on you, not simply replicate someone else’s “look”. Same for your interiors, peeps!

I once did a consult with a couple that had just moved into a 1970’s house. The ceilings were 2.3m. So, lower than the modern day build. The ceiling was also artexed. They’d already done some of the work to their home (in the wrong order, see this post) and it was easy to see they had aspirations of owning a period property at some point. As part of the work they’d already had done, wait for it… they’d installed Georgian skirting boards and architraves. In their 70’s living room.

For my designer-y friends, they will no doubt already be rolling their eyes at this point, but for those normal people who have a healthy relationship with interiors and an actual life, so don’t really know why Georgian mouldings don’t work in a 70’s property…. IT’S BECAUSE OF THE SCALE.

The Georgians loved showing off their super high 3.5m+ ceilings, if they were on Instagram right now, they’d be sharing pictures of their ornate skirtings, dados, cornicing and highly detailed architraves #checkoutmydado

The Off Black Living Room

Almost all of the architectural treatise disagree on what the size should be. Here are some sizes according to some of history’s most important architects:

Luckily I managed to convince these clients not to add the matching coving they had planned (which would have actually touched the top of the door frame) and to just plaster over the Artex to give a flat, clean finish into the walls.

Large scale rooms with high ceilings afford you with the ability to play with:

One of the most difficult lights to source was for this galleried landing where the ceiling height was approx 4.5m.

It took weeks to sort and was an absolute nightmare getting the right scaffold in order to reach and wire in the new light (read about that here) but this space needed a chandelier befitting of such a beautiful window.

This brass light was reclaimed from a church and was 100cm in diameter, which sounds humungous, but any smaller and it would have been swallowed up in this vast space.

I’m currently working on a project with a 5m high ceiling. It’s an apartment in a building that’s been converted from an old Victorian school house. I’ve specified one of my all time favourite lights for that project where the smaller of the two is 1.4m in diameter. Yes I said 1400cm. The large is 2m!

I absolutely love the sheer scale of it, whilst it still being so lightweight and unobtrusive. Check out this DIY version by Little House on the Corner.

How good does that look then? It fills up that negative space above those beautiful, original double doors and spans the length of the table. By doing this, the light replaces the need for walls, screens and other things we use to define spaces. The ceiling light states: “Here is the dining table. This is where we sit down and eat our balanced meal”. No mistaking.

There’s not even a rug underneath the table to zone the space (which would need to be a minimum of 2m x 3.5m by looking at the size of it). It doesn’t need one with this light fitting, it’s just perfect for the scale of the room.

Period properties are hands down the easiest properties to work in because of their scale, which are more often that not, more luxuriant than most. A large room with large proportions and high ceilings and most importantly, period features is literally the best blank canvas to work in. You can work with all scales, patterns and designs of furniture in these rooms. No restrictions necessary. Want to go Scandi, minimal, maximalist, retro, traditional, eclectic, sleek and contemporary, well good for you because you can do what you want in your lovely period property. They are the super models of interior properties and if you get the bones right they make (nearly) anything you put in them look good.

After – The Drawing Room Project

It’s us poor sods with normal houses that have to work really hard to get the scale just right. Because as much as I would LOVE to have the Vertigo light in my house, retire and then simply stare at it all day in complete admiration, in a house like mine, I can’t. It would look odd and out of place.

This pendant light is 40cm diameter and this rug is 2m x 3m. So it’s less about pattern in this space and more about tones, texture and materials. A much more subtle design aesthetic and something smaller scale rooms can handle.

Of course all of these so called rules are made to be broken, some of the most interesting and thought provoking design comes when the rule book has been popped into the blender. BUT, if you do have something at home that just doesn’t feel right but you don’t know why, chances are you’ve picked something that’s either not quite right for the period of your house or it’s the wrong scale. Or both. Here are some easy updates you can make when playing around with scale at home. Basically – start off by super sizing some of these items and see what kind of difference it makes.

So, has this post helped anyone? I flipping hope so, because i’ve just realised i’ve written over 2200 words. Well done for getting through to the end of my essay. A house point coming your way! I would love to hear your thoughts on today’s ramblings in the comments below. Oh and if you haven’t already, please would you mind voting for me for in this year’s Amara Interior Blog Awards? It takes 10 seconds!

I’ve been nominated for Best Interior Designer Blog and it would mean the world to me if I got shortlisted. You can read just how much it would mean to me here.