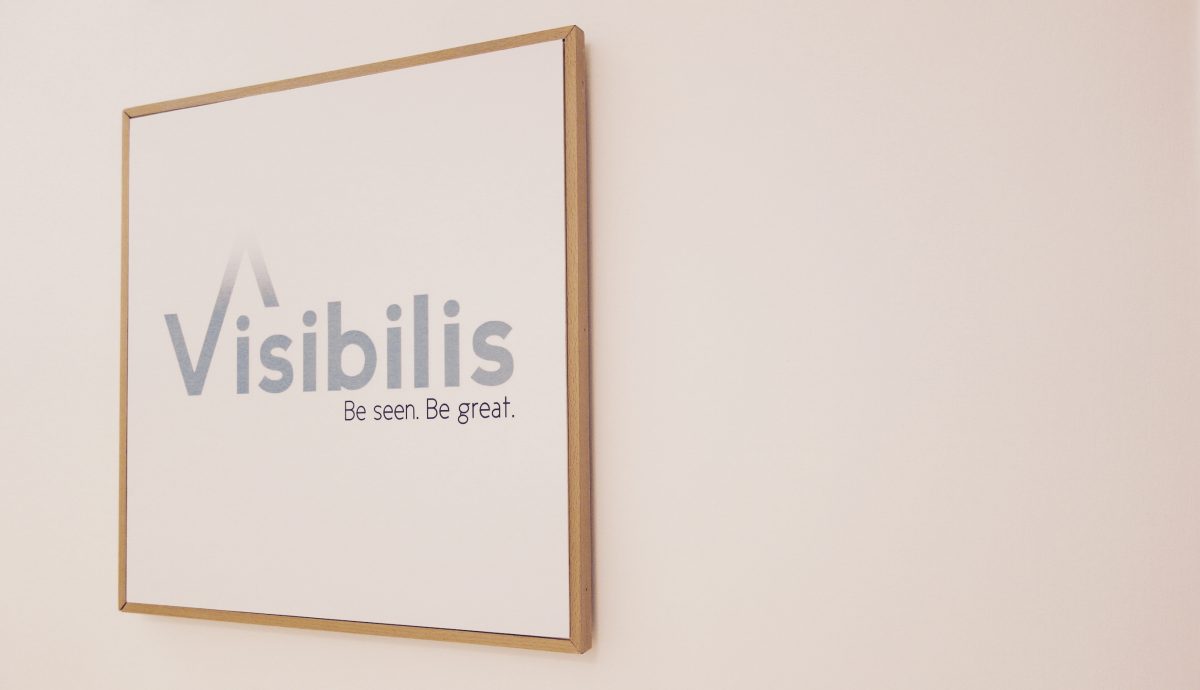 Remember the office refit I was working on? Here’s a lil recap:

“I’m working with Visibilis, an Integrated Digital Marketing Agency. It’s my first dip into working in a commercial premises, but it’s good and am enjoying the experience of scaling up! The team of staff has reached capacity at their current office space prompting the move to a new, larger purpose-built office space in a swanky part of Leeds City Centre.”

And here it was in March. A huge empty space, ready and waiting for its lovely, new residents. A month later, the layout had been solved, colour scheme decided upon, furniture had been ordered…

You can read more about the project brief, colour scheme, layout and shopping list here if you’d like to check out the finer details. But to catch you up quickly i’ll post a few pics to give you the low down.

Lots of paint + A load of brushes….

+ A design from inside my busy mind =

Turned out pretty good. If I do say so myself. **performs frilly bow**

At this point all the furniture was finally built, layout nailed, wall lights fitted, artwork hung. The final piece of the office puzzle arrived last week; the sofa. Hoorah. I could finally get myself behind the camera for the final reveal pics.

The geometric wall, inspired by Pantone’s colours of the year sits at the furthest end of the office acting as the backdrop to the whole room. It’s the first thing you see as you enter and works so well to add some personality and energy to the room without being overpowering or dominating.

Soft greys were added to the mix to tie in the with already painted grey steel-work that runs throughout the office.

The simple monochrome furniture needed to be consistent throughout the office, affordable, have short leads times and available to purchase at a later date. Ikea was the obvious choice.

The Ikea KALLAX unit came from their previous office space. It was silly not to incorporate it, so it was utilised as a portable stationary cupboard and printer table.

The open metal mesh shelving from La Redoute has since sold out, but they do have something similar here. (I love that section of paintwork behind the shelves).

Each desk needed two full sized monitors, keyboard, mouse (and all the other office gubbins), so wall fitted task lamps were sourced to save on desktop space.  The Clerkenwell lights were bagged on a trade account at Garden Trading. At £28 a pop they were a real score.

The artwork selection was from Desenio. I encouraged everyone from the Visibilis team to choose a print themselves which has given the office a personal touch. At the same time being unified by the clean designs and simple palette.

We were careful to incorporate Ikea furniture from their previous, much smaller office space, making it work with the overall scheme on a practical and aesthetic level. The lighting and artwork again being the details that pull it together.

A paired back, Scandi inspired work space on a complete budget

Onto the other side of the room, where the small but perfectly formed seating area was planned….

The soft Pashmina pink used in the geometric wall opposite was used as an asymmetrical accent across this wall. Something for the beautiful blue sofa to sit against. Echoing Pantone’s Colour of the Year, Rose Quartz and Serenity yet again.

The grey steel-work prevents the pink from feeling twee, adding an industrial edge to this break out area.

The Jarle sofa in Chambray from Blue Suntree sits pretty against the soft pink wall, with Scandinavian, monochrome details again in the artwork above.

And finally, the Hiba standing desk and stools from La Redoute, both bagged during their 40% off sale. The grey legs of the stool working beautifully with the other details throughout the room.

So there you have it. My first completed commercial project. A 14 strong office, designed and completed on a modest budget. I’m pretty chuffed with how it’s turned out. Word has it Visibils might be expanding again and will perhaps need more office space in the not too distant future. So who knows? I might be working on another commercial project soon.

Really hope you like it. Would love to hear what you guys think.