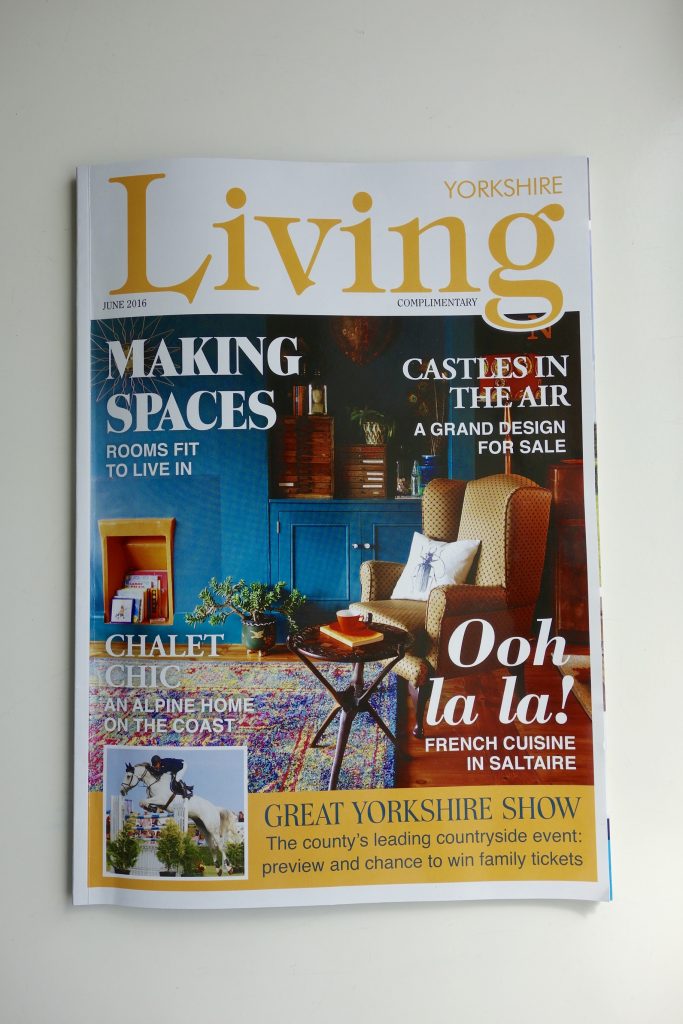 It’s June! When the hell did that happen? Last time I checked we were all dancing around a maypole. Blimey.

So, yeah, May has flown by, and as they say, “time flies when you’re having fun”. And I was. The Houzz UK feature, which was wonderfully confidence boosting, prompted an avalanche of emails. A new project on board already and another consult booked for next week.

Making Spaces was interviewed for Yorkshire Living, a complimentary magazine, still available to pick up in and around the God’s own country. Keep an eye out, you can’t miss it. Making Spaces only bloody made the FRONT COVER!

Look! Sherwood Forest in all its glossy glory.

Then my very first design project from October 2014, before Making Spaces even officially existed was in Homestyle Magazine. Take a look and have a read. It’s pretty cool to think the whole living room was made-over for £1000.

And if that wasn’t enough, i’m currently in this month’s (July) edition of Real Homes magazine.

I’m sitting on a chair this time as opposed to standing holding a mug, which let me tell you is my preferred position.

“Dramatic Bedroom Makeover”. Very out of character for me to be dramatic don’t you think?

So there you have it. I’m now officially famous. Front cover. Sitting on a chair. Standing holding a mug. I’ve just got the “lying across a bonnet of a car” picture to do and i’d say I can retire.

(Although I did see a new one last week of Sarah Beeny lying on her front, which to be honest, i’d say was a mistake. Sorry Sarah.)