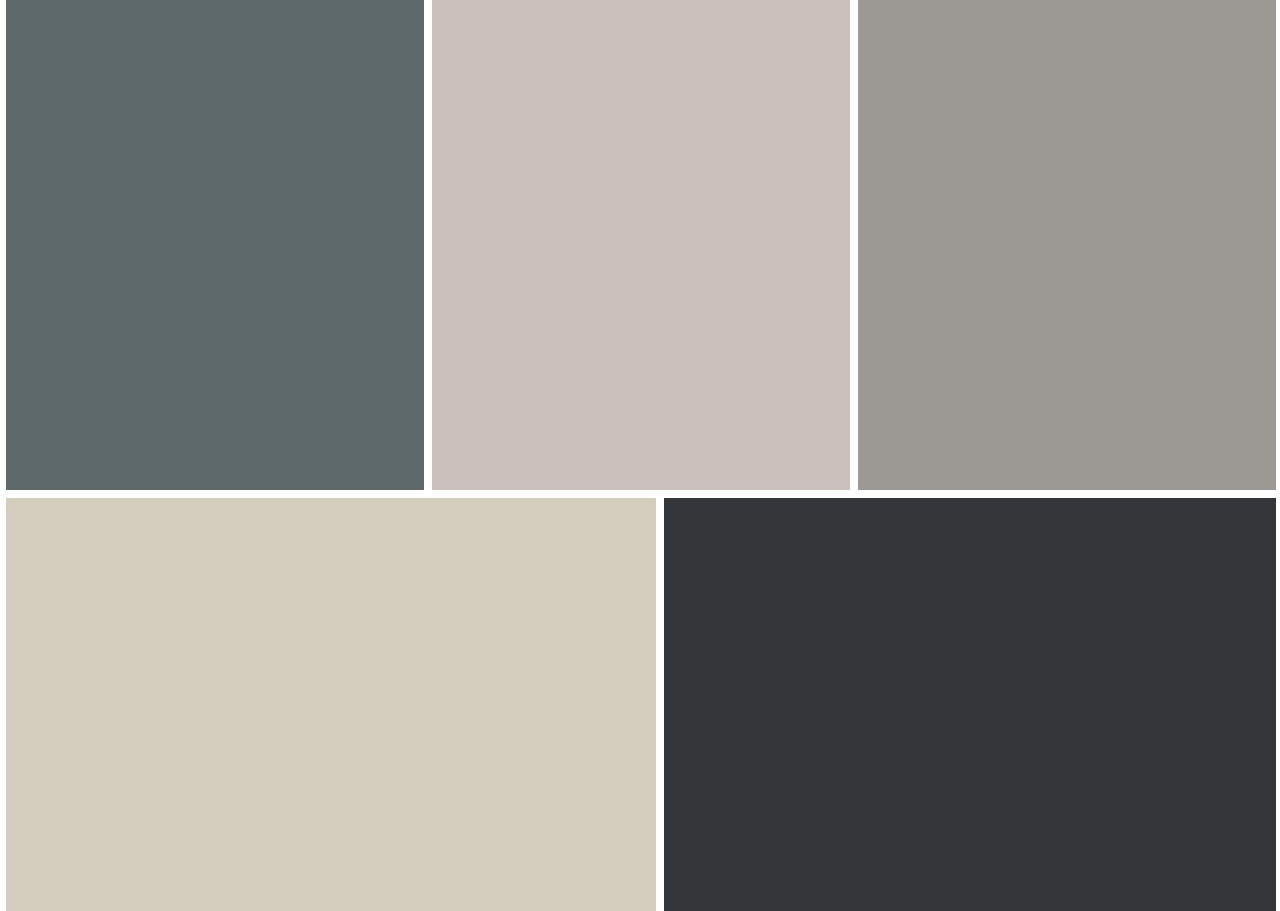 I’ve had an exciting delivery this week, even the Fedex guy mentioned how “posh” these paints are. It’s not for me mind, it’s for the Masonic Villas project.

I’ve never worked with Farrow and Ball paints before and have heard so much about it; how the natural pigments enhance the colours, making them richer, deeper and more complex, subtly changing in tone throughout the day. Am really looking forward to the next few weeks. Time to see F&B, up on some walls, doing its thing.

And as it’s arrived, I thought it was only fair of me to share what colours we’ve chosen for all three spaces.

The hallway, stairs and landing:

And the office space (aka. The Pod)

Farrow and Ball provided us with the most perfect palette for these three rooms. Including a whopping four from their nine new colours announced and released earlier this year.

So let me take you on the colour palette tour….

For the living room:

Farrow and Ball’s Off Black and Shadow White

We have F&B’s Off Black and our first from the new colours, Shadow White.

“Shadow White takes its name from the soft tone created when whites are used in shaded areas.”

A classic, yet oh so contemporary monochrome palette. This combo will provide the perfect backdrop for the homeowners love of vintage, mid-century and industrial style furniture. Along with the oodles of artwork that’s still to be hung. It’s timeless, won’t date and will give this room a real impact.

For the hallway, staircase and landing:

Farrow and Ball’s Worsted and Peignoir

Farrow and Ball made this so easy for us. Their new colours were released bang on time for this project and after seeing the image below, I was hooked. As was the homeowner, who originally wanted her staircase and hallways in a soft grey. But ended up with purple (thanks to the decorator).

“Peignoir will create the most humble, blushing interior as it is the softest of pinks containing a great big dose of grey.”

In our initial consultation, she also mentioned she’d love to play with a pink-y blush colour in the living room, which to be honest, I didn’t see working in there with the style and tone of furniture, some of which was staying. By selecting Peignoir and Worsted, it gave us the perfect combination of warm grey she was craving along with the subtle blush she’d been eyeing up for elsewhere. Bingo.

Farrow and Ball’s Inchyra Blue (Pronounced with a ‘ch’ as in China, not a hard ‘c’ )

“..this aged blue grey, can read more grey, blue or even green depending on the light. A great alternative to charcoal, use it to inject a hint of colour into a super contemporary home..

Well, this is being used in two places actually. The first spot is for the internal side of the front door. Meaning the hallway will actually be a combination of Peignoir, Worsted and Inchyra Blue.

The door was always going to go dark. Initially I thought it would go Off Black to tie in with the living room, but using Inchyra Blue is just a little a) softer and b) more interesting.

Now the best bit is, “The Pod” is the room directly above the front door, so as you stand on the landing and walk down the stairs, you’ll see two splashes of Inchyra Blue.

My initial concern about choosing colours for two rather large spaces (and one small one) was succeeding/failing in giving the whole house a feeling of connectedness. The whole design needs to be cohesive, especially when one of the spaces you are planning is the very space that connects one floor to another. Each colour has been paired with each other to perfection. Big thanks to Farrow and Ball for making my job so much easier.

The Pod will be getting the all out Inchyra Blue treatment. Walls, woodwork, ceiling. The space is tiny. May as well run with it and make it a snug-y, cocoon style office. It will have lots of rich browns, industrial metallic detail and natural wood tones in there to break up the big cube of Inchyra Blue. The room also has an enormous window so there will be light streaming in throughout the day.

What do you think of my selections then? Anything taken you by surprise? I have to say i’m rather surprised by how much I love Peignoir, despite being a lover of all things dark, moody and bold. I can’t wait to see these spaces transform over the next few weeks. But for now, we’re at the tricky bit of co-ordinating trades. The joiner is in today, which should give us access to the loft space, which means we can fit a ceiling light in the landing, meaning we can book the electrician, then the plasterer and finally the decorator can get cracking…..  Eeesh.

All images from F&B, apart from my own.