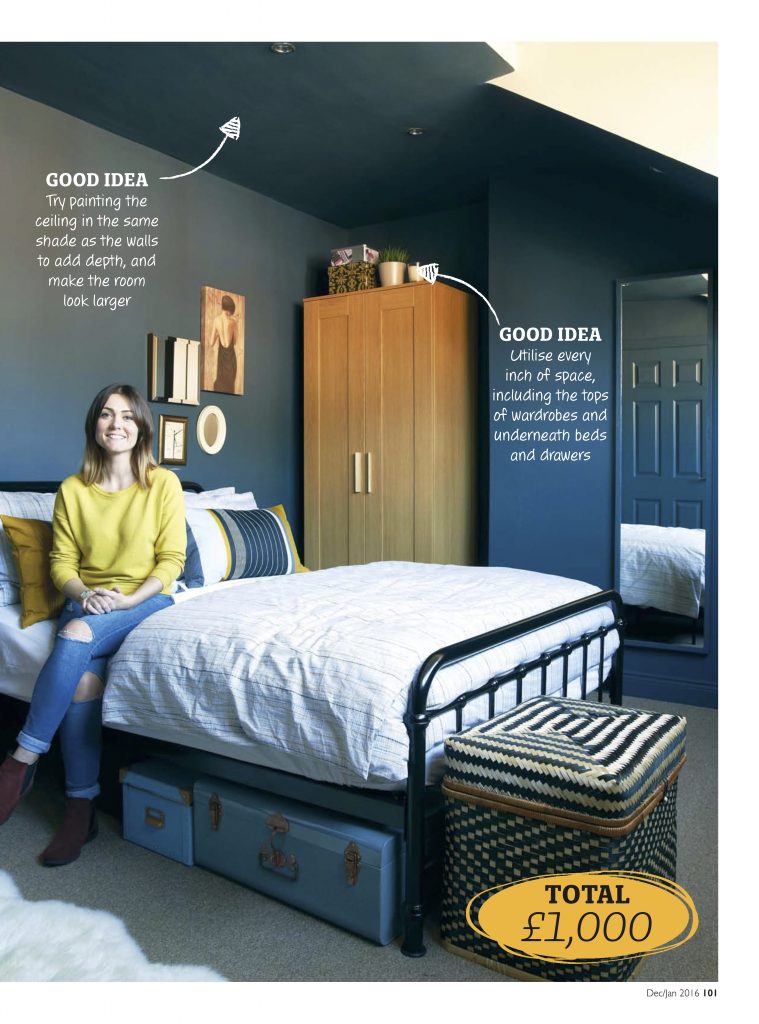 In October last year I wrote a bit of a heart to heart giving you guys some insight into Making Spaces, who I am and how this all began. Near the end of this rather cathartic post, I let it slip I’d had some of my work photographed for a magazine feature. It was all very exciting.

It was lovely to have my own home featured in print, but having your work and someone else’s home photographed, all because of you and your mad design ideas… well it felt pretty damn good.

The Blue Room, which you may be familiar with, had its very own photoshoot, AND a four page feature in the Dec/Jan edition of HomeStyle Magazine. And it looks great. Big thanks to Olly Gordon and Abbi Henderson for a great day of fab styling, photography with a smile, champion crumpet eating and Yorkshire tea drinking.

I cheekily asked HomeStyle for the PDF’s so I could show you guys. So thanks to them for sending them over and letting me share on Making Spaces.

Let’s have a peep.

It was Tracey’s first photoshoot and she was a natural. Am super lucky to have such great clients to work with. Now which client’s arm can I twist for another Making Spaces project shoot….? (I’ve already totally planned the next one).

If you’d like a preview of what’s in store in the latest edition of HomeStyle Magazine, have a look here.