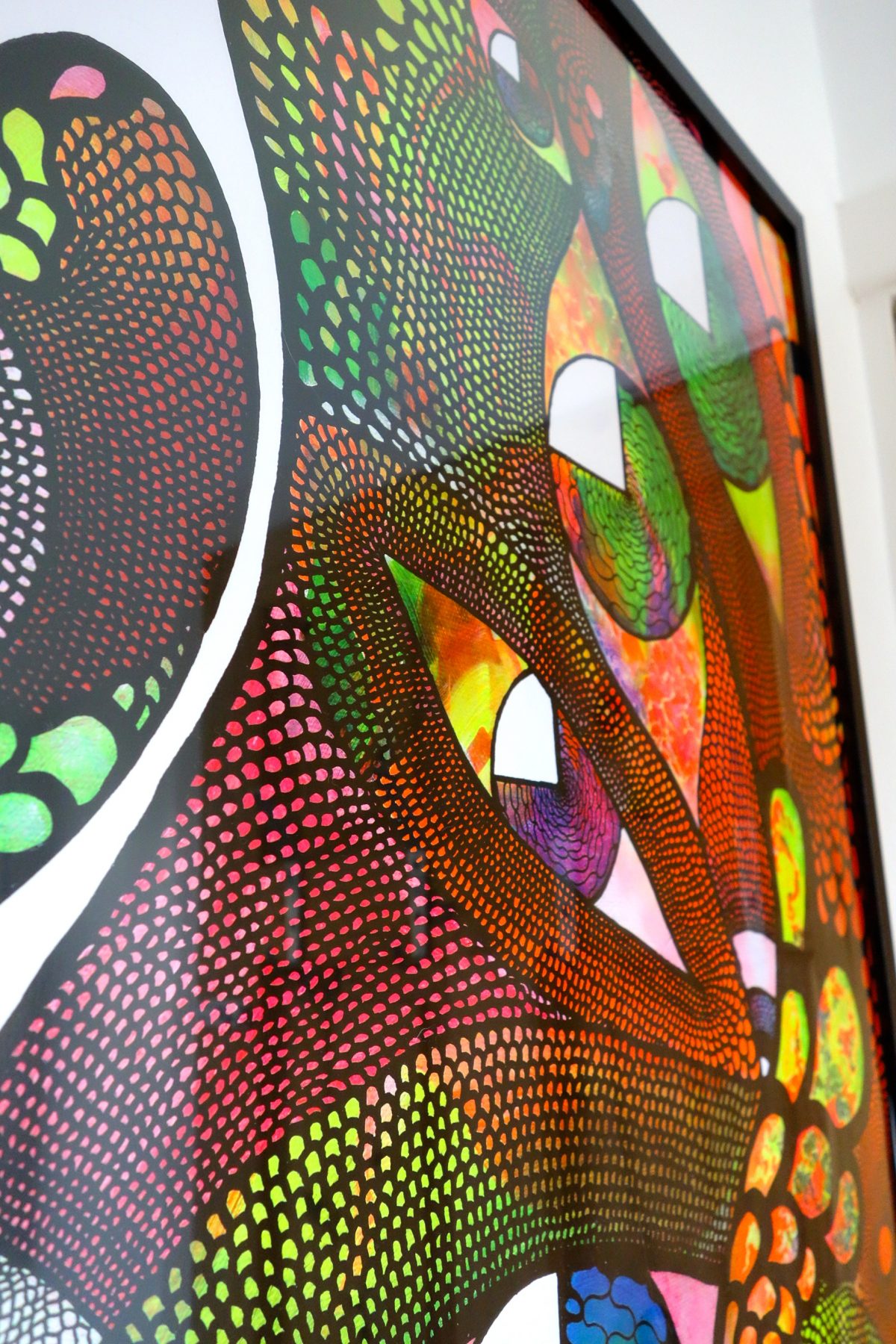 “The story behind this year’s IKEA art event comes directly from the reality of the streets of the world. 12 different street artists with different styles and expressions were invited to create 12 unique 70x100cm posters just for IKEA. And with these collections, art becomes accessible for a lot of people at a surprisingly affordable price of £10 each. You don’t need to be wealthy to buy something extravagant. Now… take an inspirational journey and meet the artists behind the motifs!”

Here are the pieces all in a row. Good eh?

I don’t tend to buy much Ikea artwork. I kind of think it’s a bit lazy, like you’ve not taken the time to think about what you want on your walls or in your space. There are certainly some Ikea pieces i’ve seen FAR too many times, hung badly and in the wrong setting.

These poster prints however were different. They were all completely individual, bold, detailed and full of colour. And being limited edition meant you were only going to see them in a handful of spaces. Bonus. And where else are you going to find pieces this size for £10?

We went on a little trip to see what it was all about. And if there were actually any left. There were only about half of the twelve pieces on display. And some had sold out already. Seems I was a little late to the party.

But all was not lost!

I had my eye on two. This one above (actually by Carolina Falkholt aka Blue) also had its eye on moi.

That’s my son’s hand. He was also a fan of this piece. And the lemon muffin from the cafe.

Our house is full to the brim and we really couldn’t fit any more pieces in. Especially ones that were 70x100cm. But you know when something’s limited edition and there are only one or two left of something….? (Am I the only one that gets like that?) Well I panicked and had to get one. Some. None. One again.

I was pretty excited to get home and do the “Where to Hang the Prints” dance. You know where you wander around the house placing pictures on the walls. And get your other half to hold it up whilst you stand back and ponder… and then you get carried away and he’s moaning about his arms hurting. Well that’s the dance we did. I like it. Other half, not so much.

The first one by Erosie is called Horror Vacui. I really liked this piece. It was the last one. I got the little buzz when I latched my clammy fingers onto it. It really does mess with your head as it looks like it’s moving. Looks amazing on the wall and the detail up close is quite something. It’s in my office space for now as it works so well on the black wall. I can see this one being moved around a few times before it finds its forever hanging home.

“It’s called Horror Vacui which means “fear of emptiness”. It’s a visual reaction to the constant overload of images I experience on a daily basis through the internet, advertising and just in general. The poster is based on wall paintings I did in a similar style, where I started from one corner and worked my way out, until the empty white walls were totally covered with an overwhelming visual overload.” Erosie

And on to the second:

This piece was by Carolina Falkholt. The COLOURS are breathtaking. The neon against the black detailing is stunning. It had to be mine. It is meant to be landscape but I think it works just as well in portrait. It hangs loud and proud in our all white and grey bathroom. Love.

“The image is a development of a figure I first started to experiment with in summer 2013, when I had the opportunity to work on a big gable in the Swedish town Avesta. The idea for IKEA Art Event was to use only one part of the symmetrical body from the Avesta wall painting and see how it would turn out in poster format. The overall theme of my work is as always feminism.” Carolina Falkholt

Carlolina Falkholt demonstrating another excellent level of safety with her full face mask.

What do you think? Were they worth the slightly overexcited purchase? If you’re still in the “Say No To Ikea Art” camp then take a look at this video. It’s pretty funny. Might make you change your mind…?!

“To promote the new IKEA Art Event Street Art collection 2015, we made it to the ultimate test: Would art experts notice an IKEA painting, from NEVERCREW, compared to a million dollar peace in the museum?”

Thanks for popping by. Did you manage to get your mitts on one of these limited edition pieces?