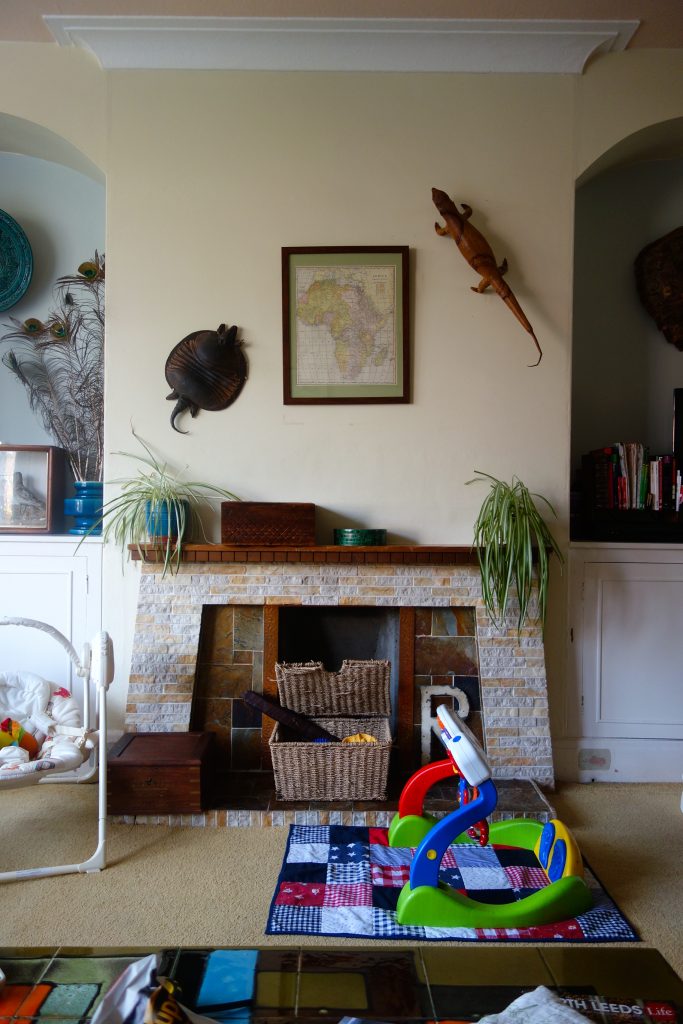 Want to see what happens when a fireplace is ripped out?

Well you’ve come to the right place as that’s what i’m going to show you today. What a coincidence.

Fireplaces are ALWAYS the thing that stops a project dead in its tracks. When I hear the words, “I’d like a new fireplace” it fills me with dread. It’s not an easy one to sort. It takes a lot of time. And money. Most people give up and then they don’t move forward at all. Project = stopped. 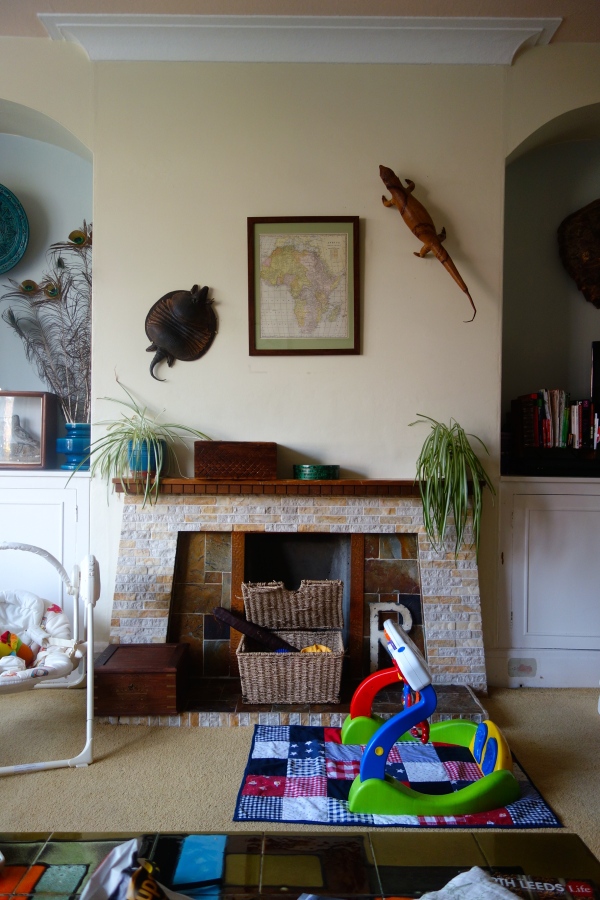 Sherwood Forest Project – Operation “Get that Fireplace Out!”

This fireplace was outta here. And the best thing was, there wasn’t anything going back in its place. Apart from a cunning design that comes from inside my head. Project = GO!

Day 1. Wooden mantle removed by yours truly. I’m very handy with a screwdriver you know. 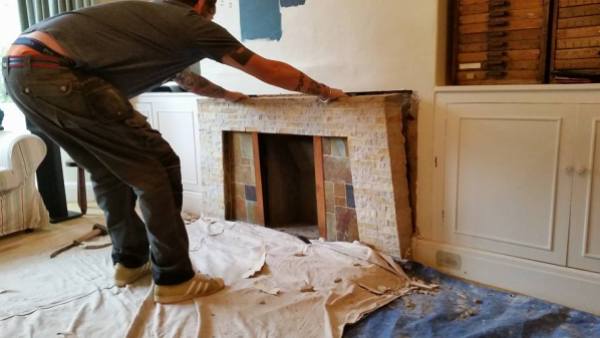 The surround was loosened away from the wall with a mallet, crowbar and brute force. Rarrgh. Once loose it all came out in one enormous ridiculously heavy piece, which needed three people to shift outside. 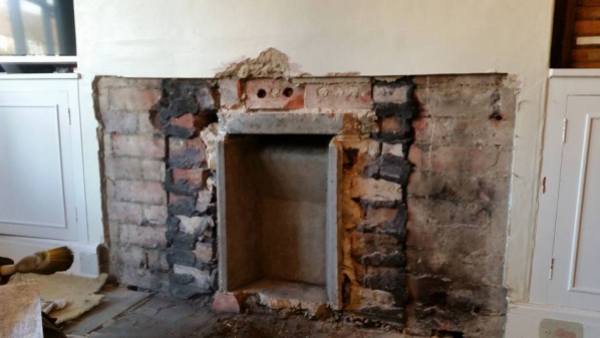 And we were left with this. The concrete inners of the actual fire were staying. But as you can see this needed some work. I when I say some, I mean a lot.

The walls were bonded, building the walls back up to the lip of the concrete fire. The base of the fire was rebuilt back up using a quick set concrete. 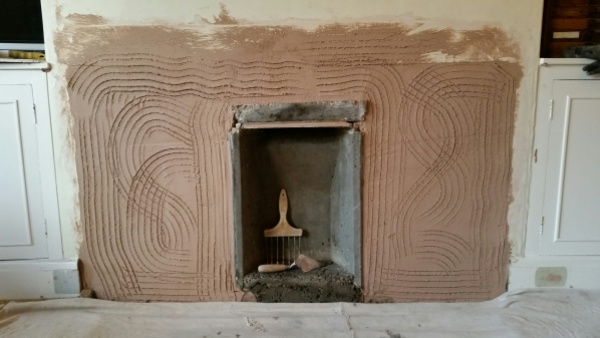 A piece of plaster board was used to block the chimney, keeping any dust, draughts and birds out. This was fixed into place properly on day two. As you can see here there is considerable damage to the original concrete fire insert. 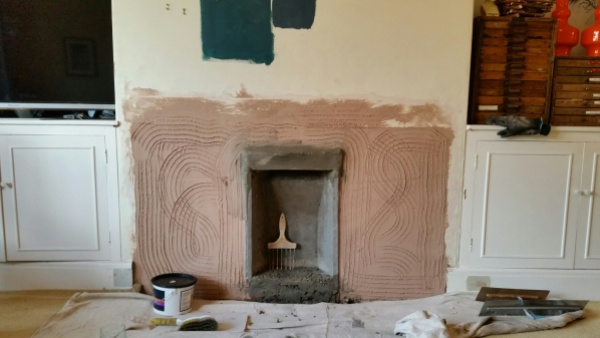 The corners were built back up and reshaped using a quick set concrete. Starting to see it coming together now.

Day 1 was done and it was left overnight to dry.

Day 2. Wall was skimmed along with inside the base of the fire, giving a nice smooth, seamless finish. 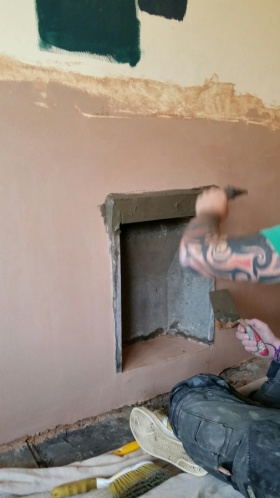 Then onto more rebuilding and finished of the original concrete fire.

And here we have the finished shape. Looks good doesn’t it? 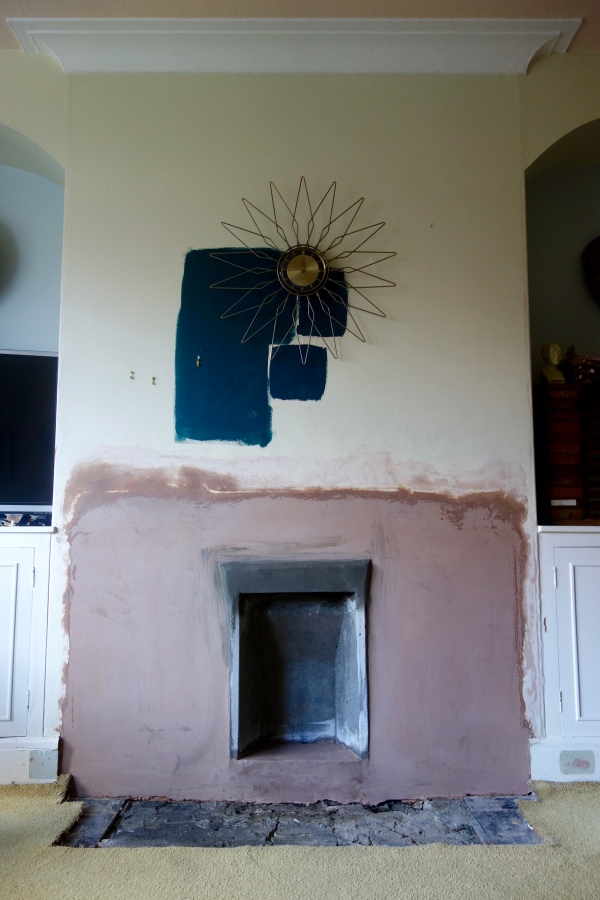 Most people are too scared to commit to these jobs as they just seem impossible to sort. This took a little under two days. Cost = £350 including materials. Now obviously it’s part of a much bigger project which includes new flooring and skirting, so the bit of mess that was made didn’t really matter in this instance.

But don’t you think it was £350 worth spending?

It won’t be left to look like this. Obv. I will be doing something along the line of this, from another blog post I wrote all about half painted rooms.

It won’t be quite as contemporary/minimal, but it gives you an idea of how you can give the illusion of a traditional feature, without having the faff of actually having it. Most people I speak to don’t even use their fire anyway. It’s just something that was there when they moved in and they feel the need to keep polishing it/moaning about wanting to change it. Does that sound like you? Does it? Drop me a line. I might be able to help…